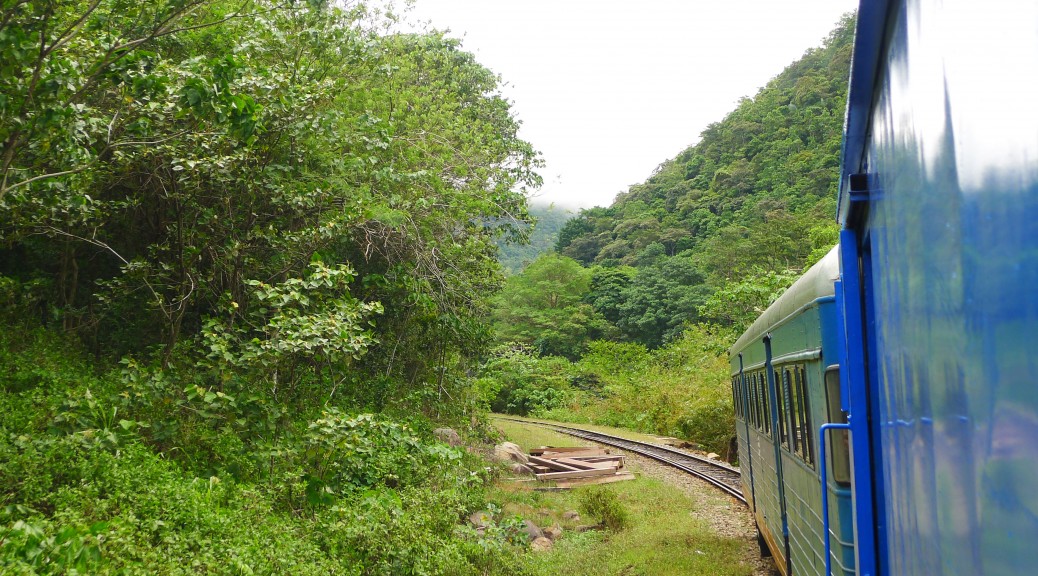 Sometimes everything just falls into place. You might have had a hard time before or even for the briefest of times thought about quitting but then something happens that makes everything perfect. In my case I get that feeling almost exclusively when I meet people. The beauty and sadness of travelling as we do  is that we know that we only have a few days with mostly everyone. So meeting someone new and becoming friends can happen very quickly and intensely. This is a story on making friends and absolutely loving it! 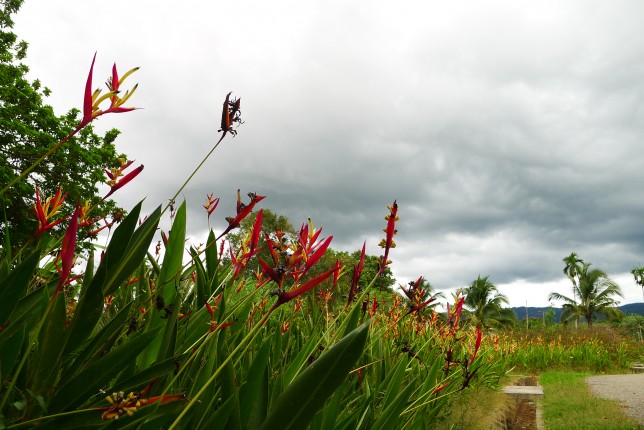 When we were in Keningau, Torsten’s achilles tendon hurt even during the 500m walk to our breakfast place. So we called our warmshowers host in Tenom to ask her about hospital options or any other ideas. Barbara generously offered to pick us up and after some consideration we accepted. We could have cycled but most likely it would have made matters worse. She arrived about an hour later and we drove over many more hills to Tenom. The small town nestled in the mountains became our cosy home for the next week. Barbara’s house was a haven to recover from the exhausting ride and my first two days were spent with doing a lot of nothing except for reading and eating. It was glorious. 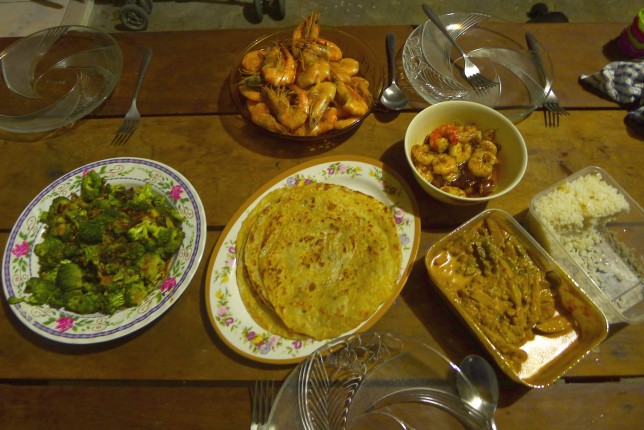 During the following week we took turns cooking wonderful and diverse meals and satisfied our hunger for cheese and all kinds of food we hadn’t had in a long time. I’m talking quiche, curry and muffins and feta salad here. I can’t begin to describe how happy I was! It’s quite interesting how I get homesick for food sometimes… 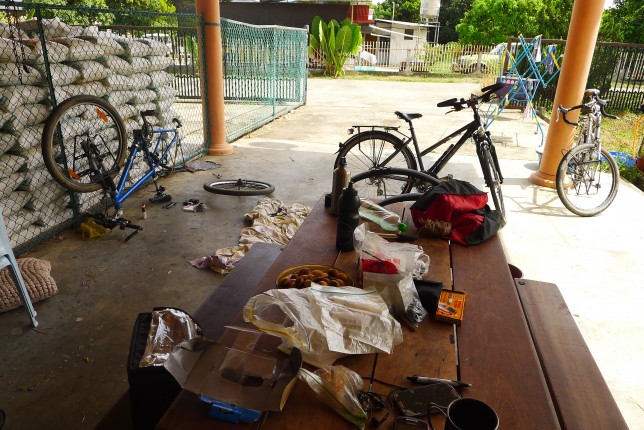 We also did a bit of bicycle maintenance. As my cassette was quite worn for some time now I exchanged that and finally put our cassette tool and chain whip to use. 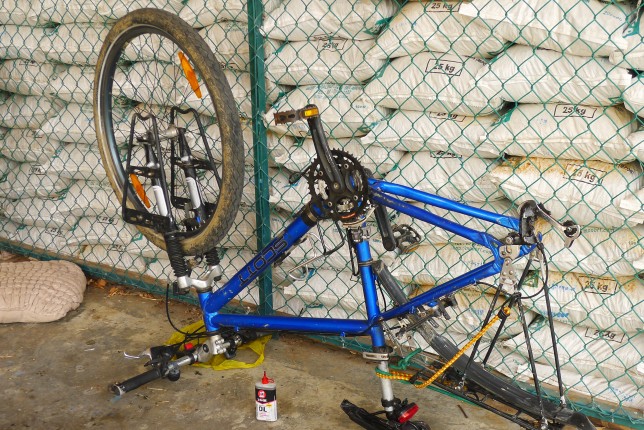 It was actually really easy to do that! Over time I’m gaining a lot of confidence to do bicycle related stuff on my own or with a little help from Torsten. I like that most things are relatively easy – not like a car with complicated electronics and such.

As Barbara was busy setting up her new language school in Tenom we helped with painting one of the classrooms. I really enjoyed doing something with my hands for once and it was nice to see the change on the walls right away. 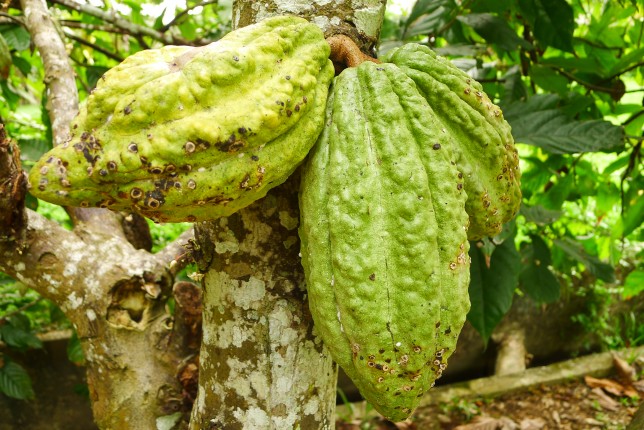 Apart from that we didn’t do a lot. We panic visited the botanical garden on our last day which was quite beautiful. 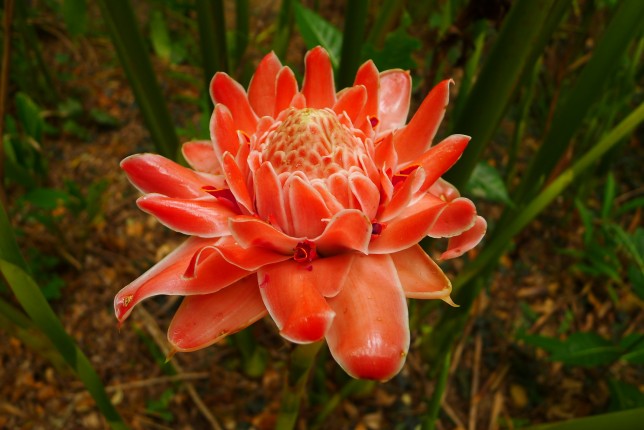 But the most important thing for me was the feeling of being at home somewhere. I like travelling and all the experiences it brings but I also miss spending time with friends and family a lot. In Barbara we found a very good friend and after a few days it felt like we had known each other for a very long time. We felt entirely comfortable there, sometimes spending time together talking, sometimes reading or working a bit, sometimes having coffee or a beer and watching TV. It was a relaxing holiday with the best company we could have wished for. 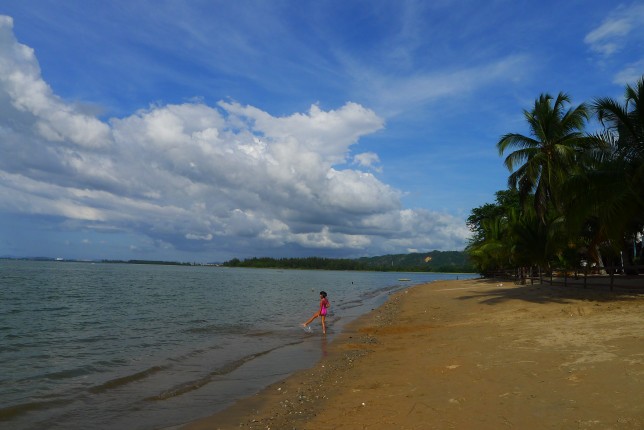 When it was time to leave an intense feeling of sadness overcame me and stayed with me for a while. Sometimes the part where we leave people and places behind is really hard. Then again this wasn’t going to be the last time to see Barbara! As Christmas was coming up she invited us to spend it with her and a friend at the beach and we gladly accepted. I was happy about the prospect of being with friends during the time of year where I would miss my family a lot. 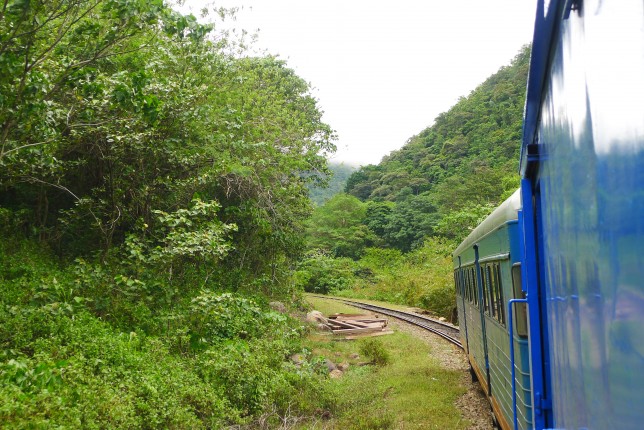 So we took the fabulous rickety train out of Tenom towards Kota Kinabalu and enjoyed the hell out of it. 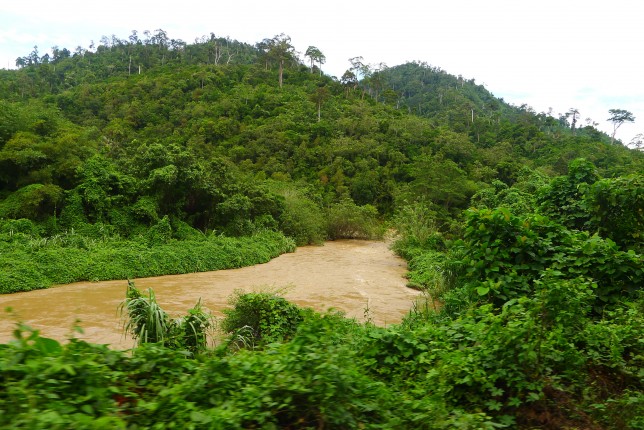 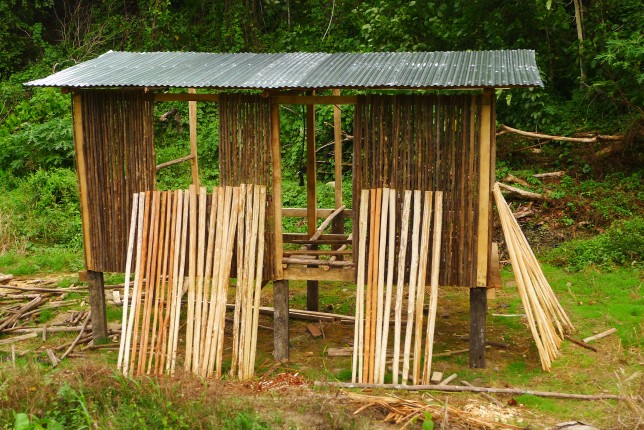 The train has open wagons and slowly meanders through a river valley lined by small villages. 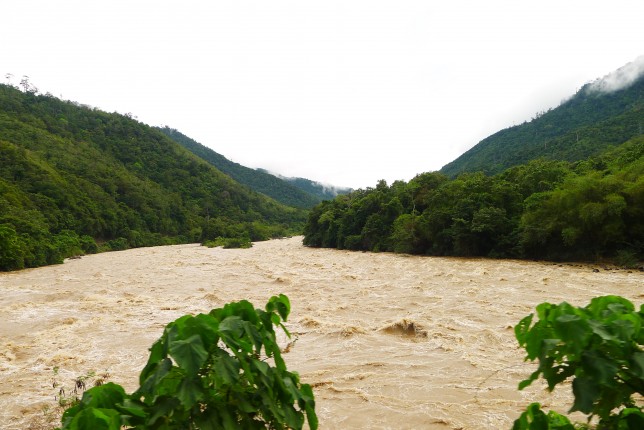 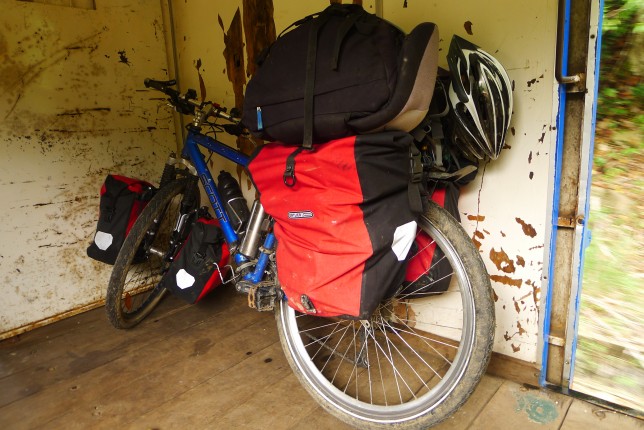 It is a truly awesome experience! 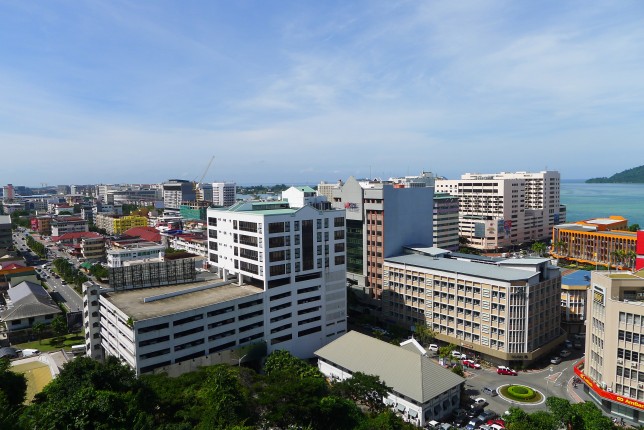 After that we spent a few days in Kota Kinabalu. We met up with John, a warmshowers host and he introduced us to his friend Alex who’s sister would host us for a few days. Confused? So where we at first but it actually was a lot of fun. Henny and her family invited us into their home, gave us yummy food and let us try their home made ice cream! From that moment on I was won over… 😉 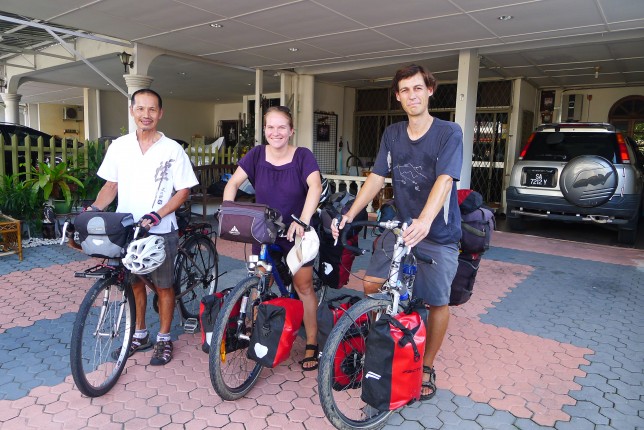 Alex invited us to a cycling city tour on the next day which was awesome as we didn’t have to navigate for once. 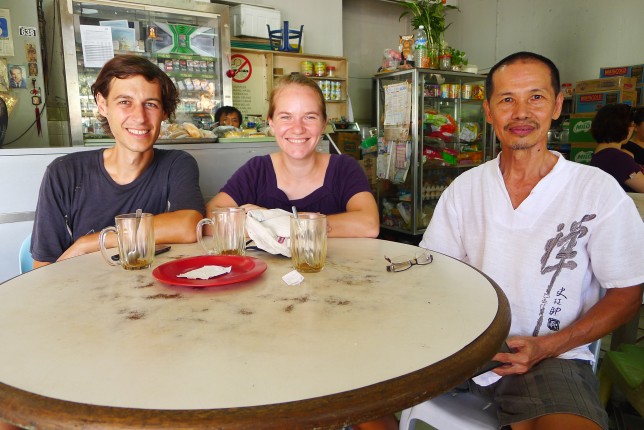 He also showed us a cheap bicycle store where I exchanged my chain rings. 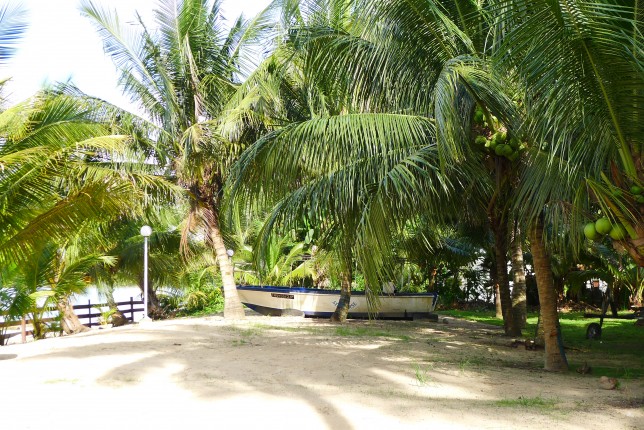 On Christmas day we left the city and cycled a short 20k to the beach. 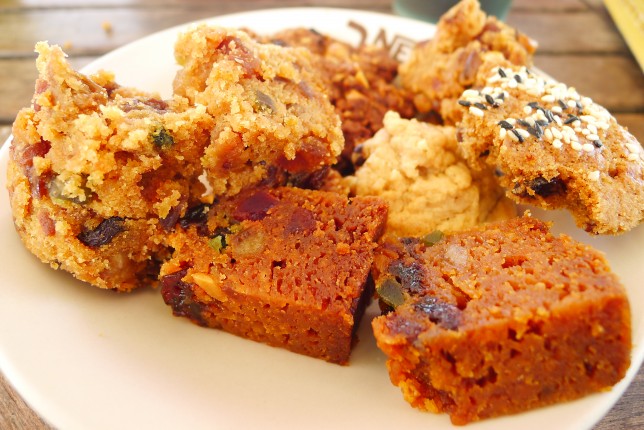 We were welcomed with a Christmas cookie buffet, coffee and mango juice. With the taste of home in my mouth and the beach right in front of me it was the perfect combination to celebrate Christmas on our tour. 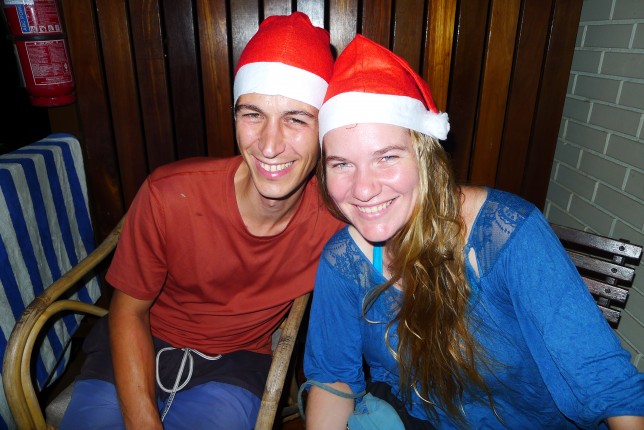 We then met Barbara and her friend Louise and had loads of fun and more good food and drinks. It was heaven on earth! 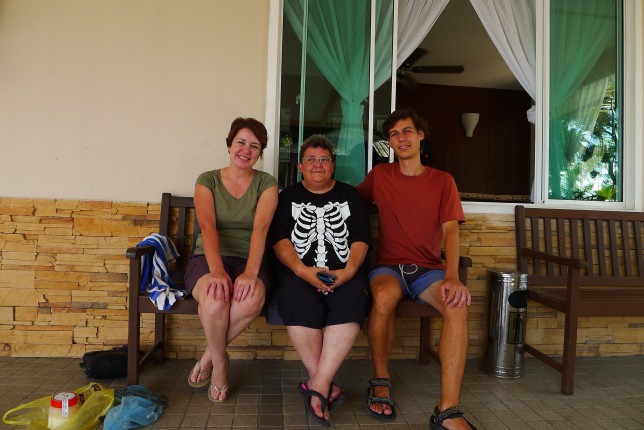 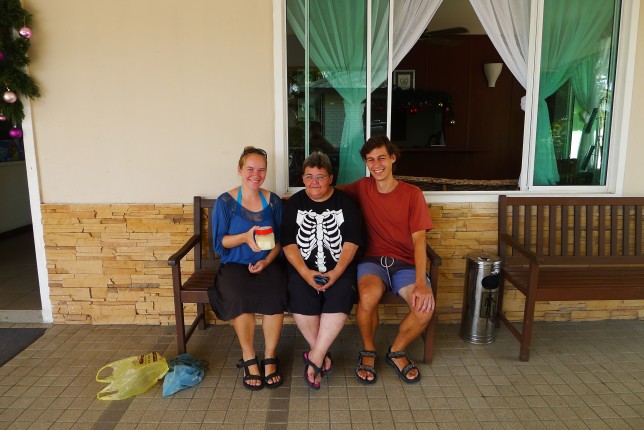 So sometimes everything just falls into place. You meet someone and get along instantly and all the hard times of cycling uphill in the jungle are forgotten. Thanks heaps, Barbara, that was all (and a lot more) that we needed! 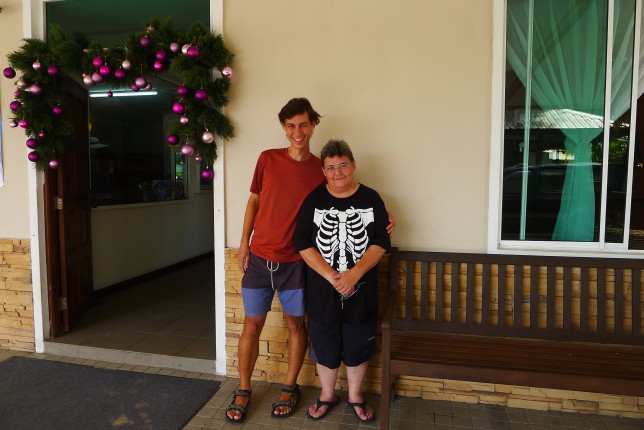 (As we had the chance we actually surprise visited her once more a few days later. We rarely get to just pop by someone’s house with our mode of travelling. So we jumped on the chance of using the train one more time and I loved the look on Barbara’s face when she saw us sitting in her driveway!) 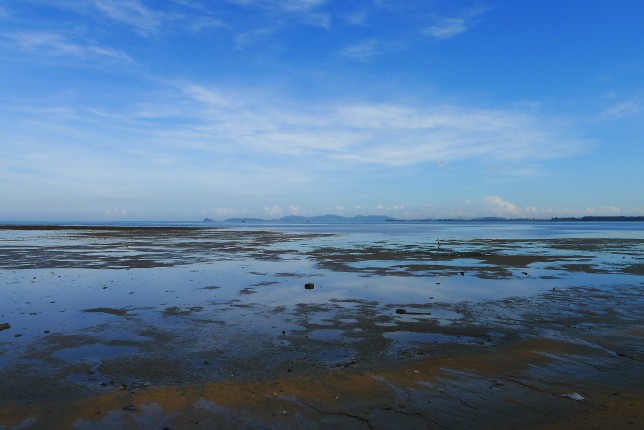 8 thoughts on “On making friends, train rides and a fabulous christmas celebration”