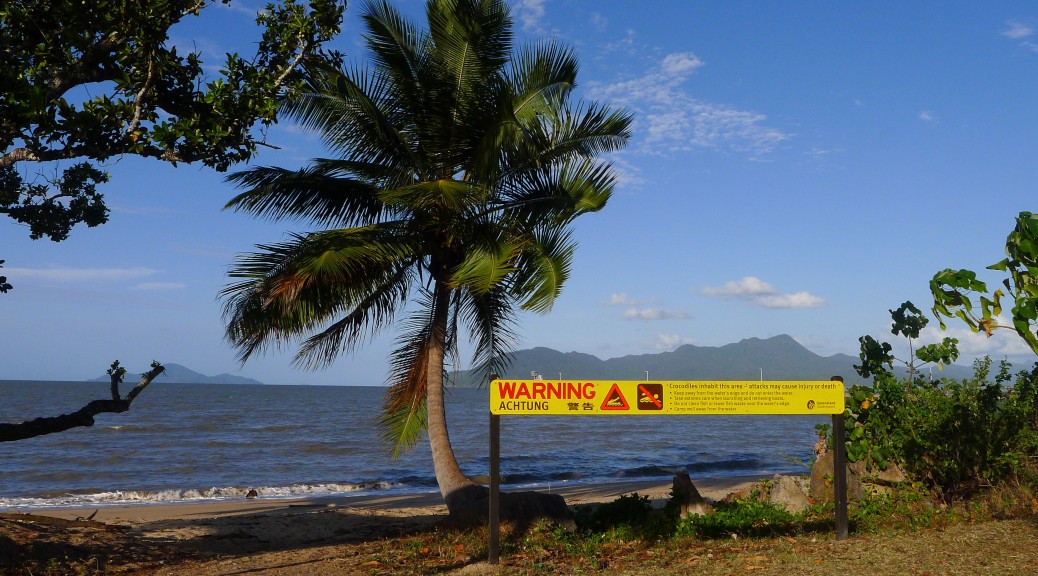 While we had a wonderful few days with Kay and Mozzy in Townsville, the next few days would bring quite a few challenges – mentally and physically. As we still had some time left before flying out of Cairns we decided to do a little loop over the tablelands west of Cairns.

So we cycled from dry dry Townsville into Tully, the wettest place in Queensland. And what do you know – it rained! A lot. But since it was still warm we didn’t mind too much. And we passed some seriously stunning scenery and  fell in love with all the green around us. 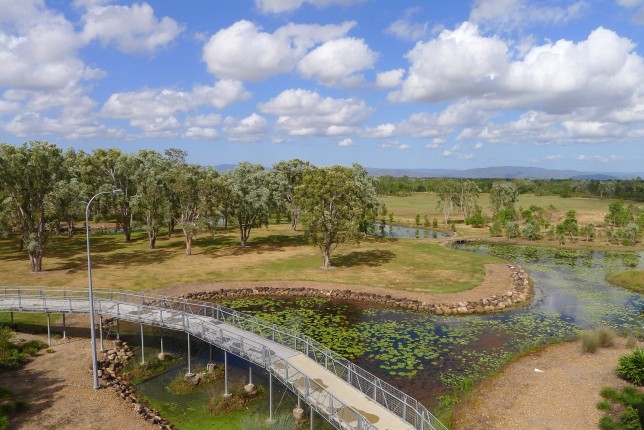 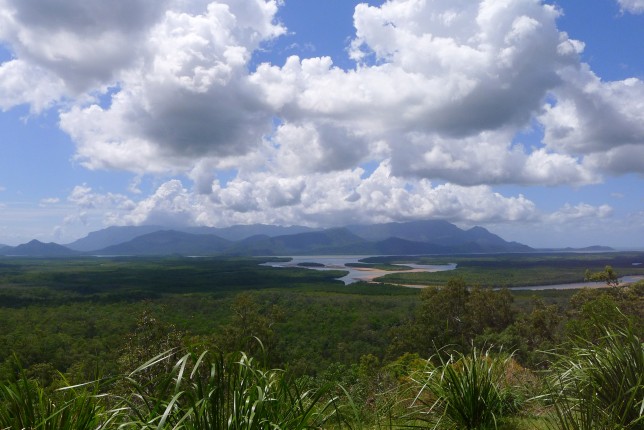 Some time after Tully we turned inland and thus the climbing up to the tablelands began. The first day was gentle and we found a nice camping spot next to a river.

The second day would bring over 1200m of climbing which is the most I have ever done on a loaded bicycle. Somehow most of it wasn’t that bad though. It was only in the end when I suddenly got ravenously hungry (cycling uphill burns a lot more energy than cycling on flat terrain) that it got a bit exhausting. And we must have searched at least an hour for a place to camp. A farmer turned us down and all the land around us was fenced off. So we settled for this: 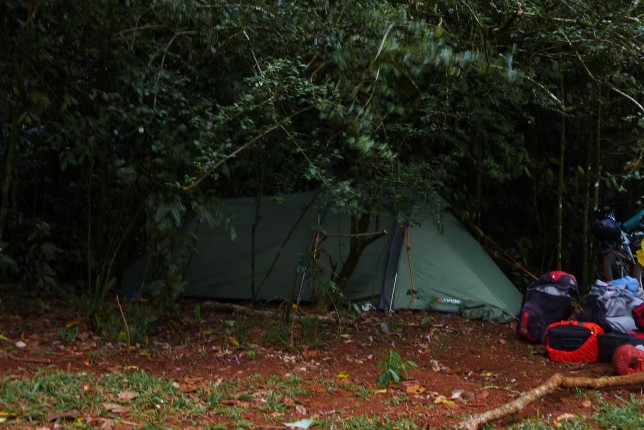 A tiny clearing in a dense forest but it was good enough for a night. And we really needed to rest after today. Not only did we climb a lot, we also had  a very memorable encounter that took me a long time to write about. When we stopped at a small store to buy some fruit, the clerk who attended to us asked us where we are from and upon hearing that we are from Germany started a conversation about the horrible refugee situation in Germany and Europe. Initially I agreed but it turned out that we had quite different things in mind. He was convinced that refugees are basically bad cowardly people and should not be allowed to entry Europe. Or Australia for that matter. Once again we tried to argue, tried telling him about (australian) refugee camps in Papua and how refugees are treated there. I tried talking about reasons that force people to leave their home country. But once again this was not a conversation. This was about him expressing his point of view and honestly, I just can’t listen to that any more.

My heart aches when I read about refugees seeking a place to survive, to live. And not being able to do something as the situation worsens in Germany is really hard. And I’m grateful that I have friends who are active in supporting refugees wherever they live.

So, forgive me when I say that I’m sick of listening to some arguments which I have heard a thousand times before. When someone says that criminality is higher now with all the refugees around, why not have a look at the statistics? The media raved so much about that argument that the German police felt compelled to publish a statement that crime rates have NOT gone up.

When people complain about the government providing for refugees and not doing enough for you I want to scream. Really? These refugees had to leave their homes because there is a WAR going on. Sometimes I really doubt that people get what that means. Bombs falling, guns firing, kids being left so traumatized that they start to cry when they see a glue gun.

In the end I think it’s a lot about the feeling of security and stability. Things in the West seem seasonably good as they are so why change them? But things aren’t good for a lot of people on this world. When you buy a cheap shirt from H&M you are supporting incredibly inhumane working conditions and climate change is starting to show its impact. And then there is war.

In the end, I sincerely believe, we all want similar things. Marshall B. Rosenberg even based his theory of Nonviolent Communication on that assumption. And when I asked refugees in Germany during the research for my thesis what they really wanted, most listed a job/occupation, being able to provide for their family and just living a happy life. So why not think about feelings and needs we have in common instead of things that draw us apart!

But as uncomfortable as that conversation made me once again, I was glad that it ended differently this time. I managed to speak up and we did not buy any fruit from him. A small thing maybe but important nonetheless.

“In the End, we will remember not the words of our enemies, but the silence of our friends.”