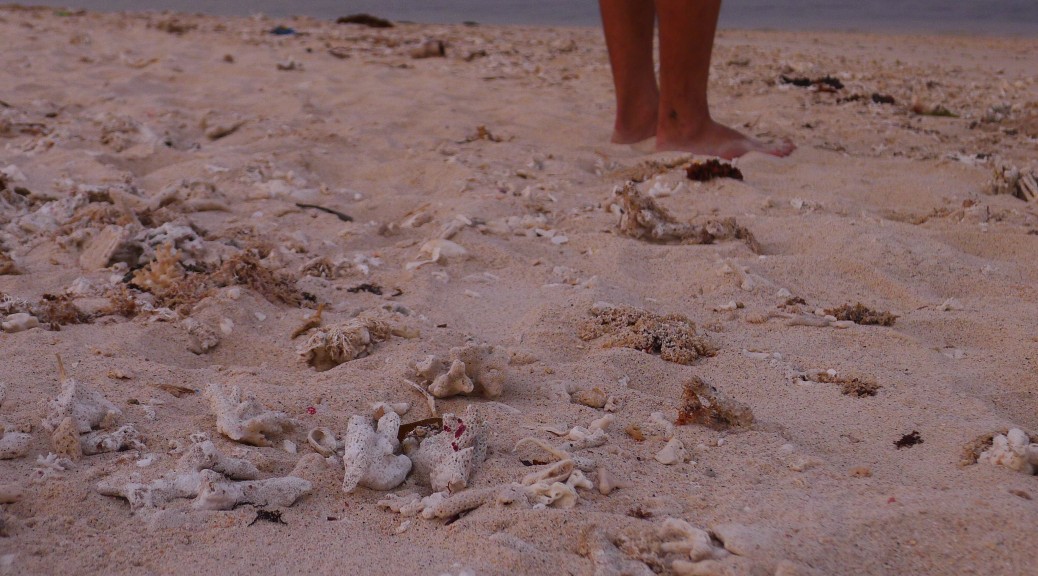 In Australia we were lucky to stay with so many awesome warmshowers hosts and I missed having that connection to people quite a bit by then. (Unfortunately there are almost no active hosts on the islands east of Java.)  Settling into a cycling routine hadn’t been that easy for us here: As we constantly talked to people during the day, we rather enjoyed having a place to ourselves at the end of it. Of course that also meant that we didn’t really connect to people on a deeper level as we had many times before in Australia. So gladly I remembered reading a blog post from Drop the tension about a house in Mataram which is open to all travellers. Soon after I wrote a post on their facebook page if we could stay for a few days. The reply came within hours and we were invited to stay. 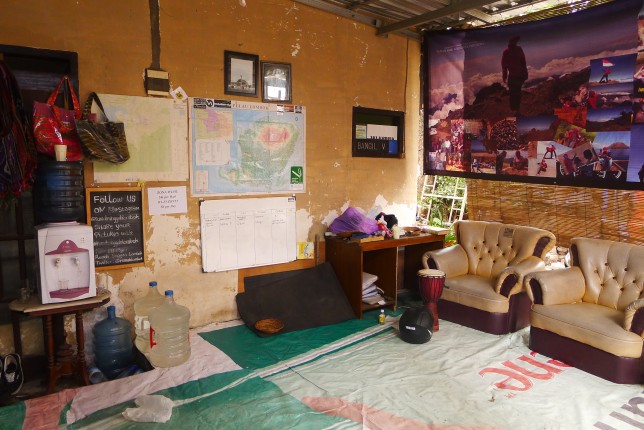 After Torsten’s stomach settled down we cycled to Rumah Singgah in Mataram and were welcomed by Babak. 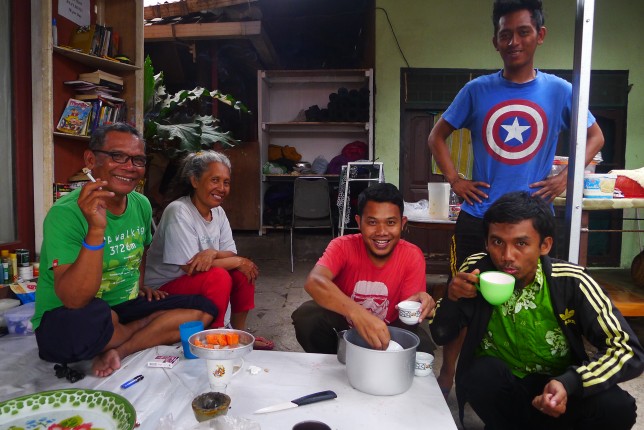 He and his family open their house to travellers and thus bring a lot of people together. After we had been staying in guest houses in Indonesia so far this was quite the change for us. We shared our sleeping space with lots of other people and there was always a myriad of things going on: People come and go, share coffee and food, engage in conversation, watch TV and use the WiFi. 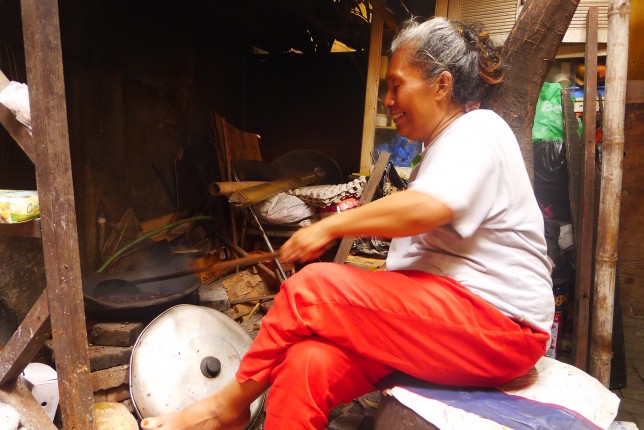 Mamak sometimes roasts coffee which smells amazing and there is almost always a pot of freshly made coffee around. The atmosphere is bubbly and still relaxed and I love it and simultaneously wish I would understand more Indonesian to comprehend more of what’s going on around me. Almost all fellow travellers are Indonesian. While we were there only a Danish couple stayed for a night. 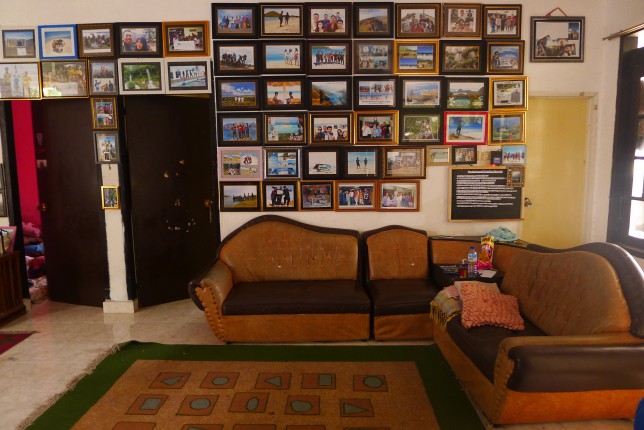 On the first evening Imam asks us if we would like to join an overnight snorkelling trip visiting several islands off the east coast of Lombok. Sure, sounds great! On our own we don’t usually go for rather expensive tours off the bike but in a group we can share the cost and it should be a lot of fun to do that together.

Preparing for the trip was an interesting experience for us. Our group communicated mostly in Bahasa Indonesia and sometimes English which meant that we didn’t understand a lot of what was going on. We asked questions like what to bring along and what would we eat and should we bring our stove and would we have enough water? And who would drive the boat and where would we sleep? We are used to organize a lot of big and small things as we go along and food, water, a place to sleep are always high on the list. So we tried to do our part here but didn’t really succeed. Most of the time we weren’t entirely sure what would happen and how we could take part in the preparations. Maybe due to language barriers, maybe due to different styles of organizing. So we felt a bit insecure of how to proceed but then just decided to go with the flow and see what would happen. 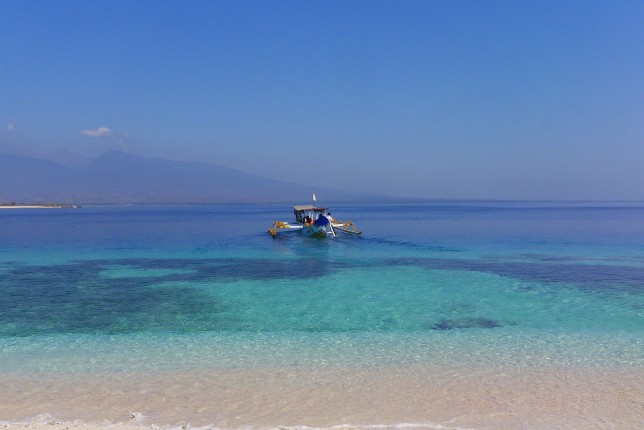 In the end – of course – everything fell into place and we had a wonderful trip. 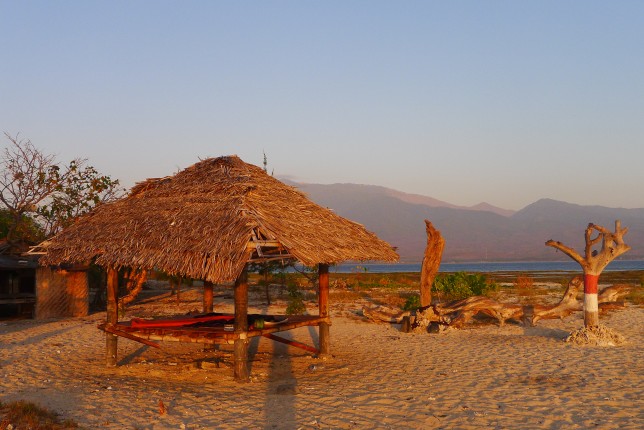 We stayed overnight at a small uninhabited island and slept outside on a bamboo platform. 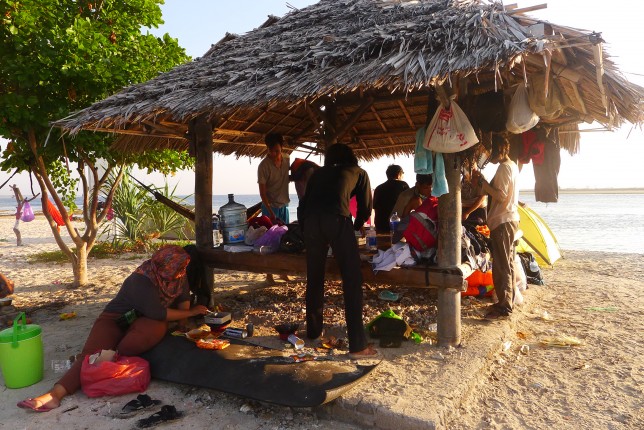 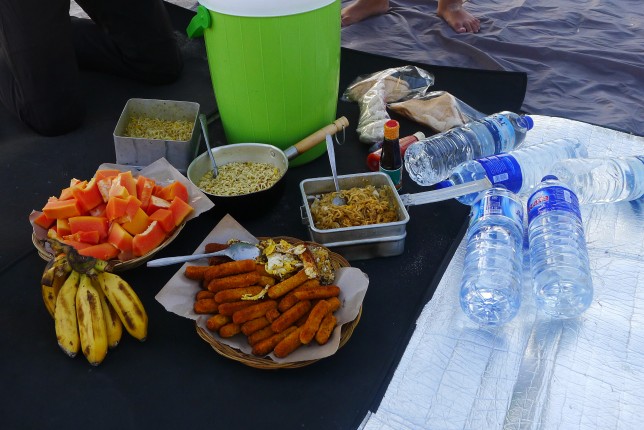 We lit a camp fire, watched the sun fall and rise and had a beautiful breakfast with coffee from make-do mugs before we set out to snorkel in a few different places.

And oh my – the underwater world is just something else! If you didn’t feel peaceful before, it’s very hard not to be at peace watching all the colourful fish and coral.

So, what’s this about? Maybe one thought that stays is to let go. Sometimes things go a different way but nevertheless turn out beautifully. Sometimes you need to ask yourself what’s really bothering you and then try to let it go. And who knows, you might be in for a deeper and more satisfying experience if you open yourself to different ways of doing / thinking / living. 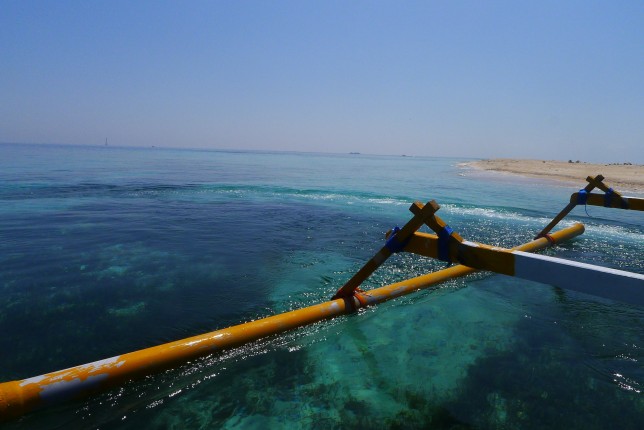 Most wonderfully, returning to Rumah Singgah after our trip felt like coming home. We had some more coffee, someone played guitar, some of us sang along with the correct lyrics, others just sang along ;). It was loud and lively and I went to sleep very happy that night. 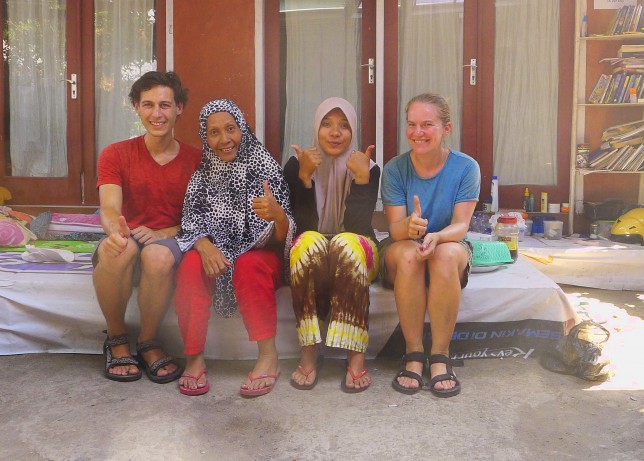 2 thoughts on “Letting go in Lombok”