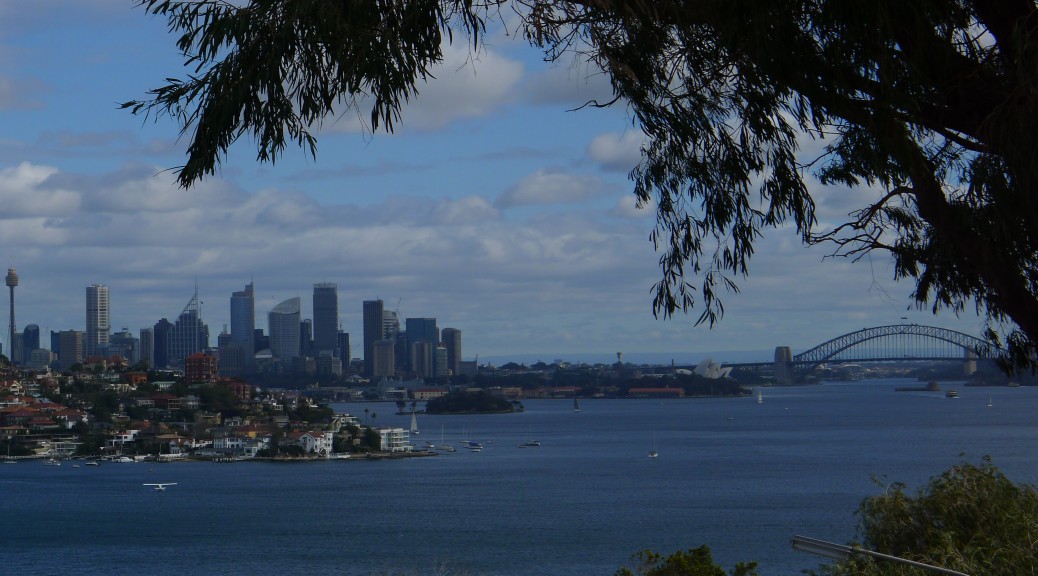 Honestly, I don’t know where to begin. It’s been over 4 weeks since we started cycling out of Sydney and sooo much has happened already. Getting used to cycling with all our gear, finding out about all the hills in New South Wales, meeting awesome people along the way, crying of exhaustion and being overall happy a few moments later. Or asleep.

Initially my plan was – of course – to write a lot in the first days and weeks, even if it was just for myself in my personal diary. Then I would later be able to remember what happened, how I felt and what was enjoyable and what was not. Well, so much for that plan – my personal diary so far consists of maybe 10 pages. I was – in general – just too exhausted to write much. But I guess the most vivid and important memories ‘stick’ anyway – so here goes:

We left Matt and Hannah’s house some time in the morning – after having a big breakfast of course. We had organized all our gear the evening before but it still took some time to load up our bikes and get them ready for the first time.

Our plan for the day was to meet up with another warmshowers host for coffee and chats as he lived in the general direction we were heading to. So off we went, finding our way through busy traffic trying not to wobble to much (me) and finding out quickly that hills are so much more exhausting with a heavily loaded bike (me again). It took us quite some time to cycle the roughly 20k to Grant, but once we arrived it was really nice talking to him and hearing some of his touring stories. He also offered us some coffee and cookies which we thankfully accepted (breakfast seemed to be ancient history already). As we wanted to take a ferry over to Manly Beach (which saved us riding over the Harbour Bridge and especially carrying the bikes down the bridge) Grant kindly showed us the way to the ferry on his bike and we enjoyed the ride.

The weather was perfect:

After the ferry ride we quickly got some more food supplies and then decided which way to go. We basically had two options: One would go north and include another ferry ride and the other would go north west over the Old Pacific Highway. We opted for the north western route as we didn’t want to go for another ferry ride (beautiful but costly as well). Torsten warned me several times that our chosen route would be hillier as well but I thought I might as well get into that right now. So far I haven’t minded hills too much, I just go slowly.

In the next couple of hours we managed to ride a bit further but we were still in the suburbs when it started to get dark. As we are riding in winter it gets dark at around 5pm which cuts the days pretty short. So then our daily ritual of finding a place to sleep began. Given that we just acquired a beautiful new tent we intended on using it and tried to find a space to camp. Seeing all the posh suburbian houses around us didn’t make that too easy at first but with a little help from Google Satellite View we managed to find a pretty well hidden spot in an old quarry. We quickly pitched our tent, ate some wraps as neither of us really wanted to cook and fell into bed.

Somehow I was really aware of all the new and strange noises around me all night and didn’t really get to sleep much. I love camping but it always takes some time getting used to new sounds. During the night we had several animal visitors searching for something around our tent and as I couldn’t identify them in my half conscious state sleep was a little hard to come by. The morning was the most wonderful concert of all kinds of birds singing and laughing though and it easily made up for the lack of sleep. It was just so beautiful, waking up in a little meadow not far from the city but completely hidden and just finding out about all the different kinds of birds and other animals which we have yet to discover. What an amazing start!